Version 3.0 with Dark Mode on iOS

Version 4.0 with Attachments and Images

Version 4.1 with much improved Undo

Version 5.2 with Evernote Import and much faster text editing

It’s now possible to import from Evernote by following the same instructions as exporting to Apple Notes in the article below:

Goodbye, Evernote: How to export your notes to another app

If you aren't a fan of Evernote's new pricing model, then it might be time to leave Evernote for another note-taking app. Learn how move your Evernote notes to OneNote and OS X Notes.

A two minute introduction to Reminders support in Agenda. 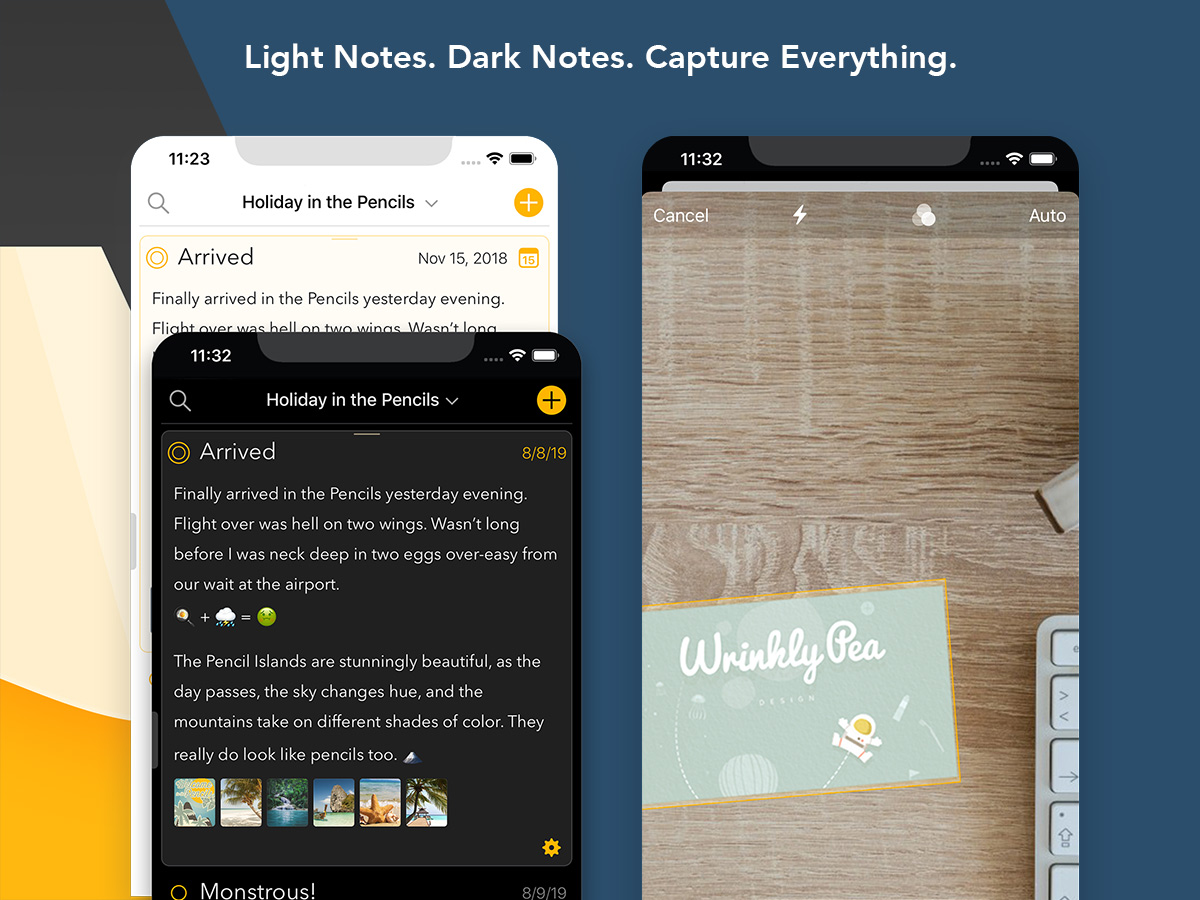 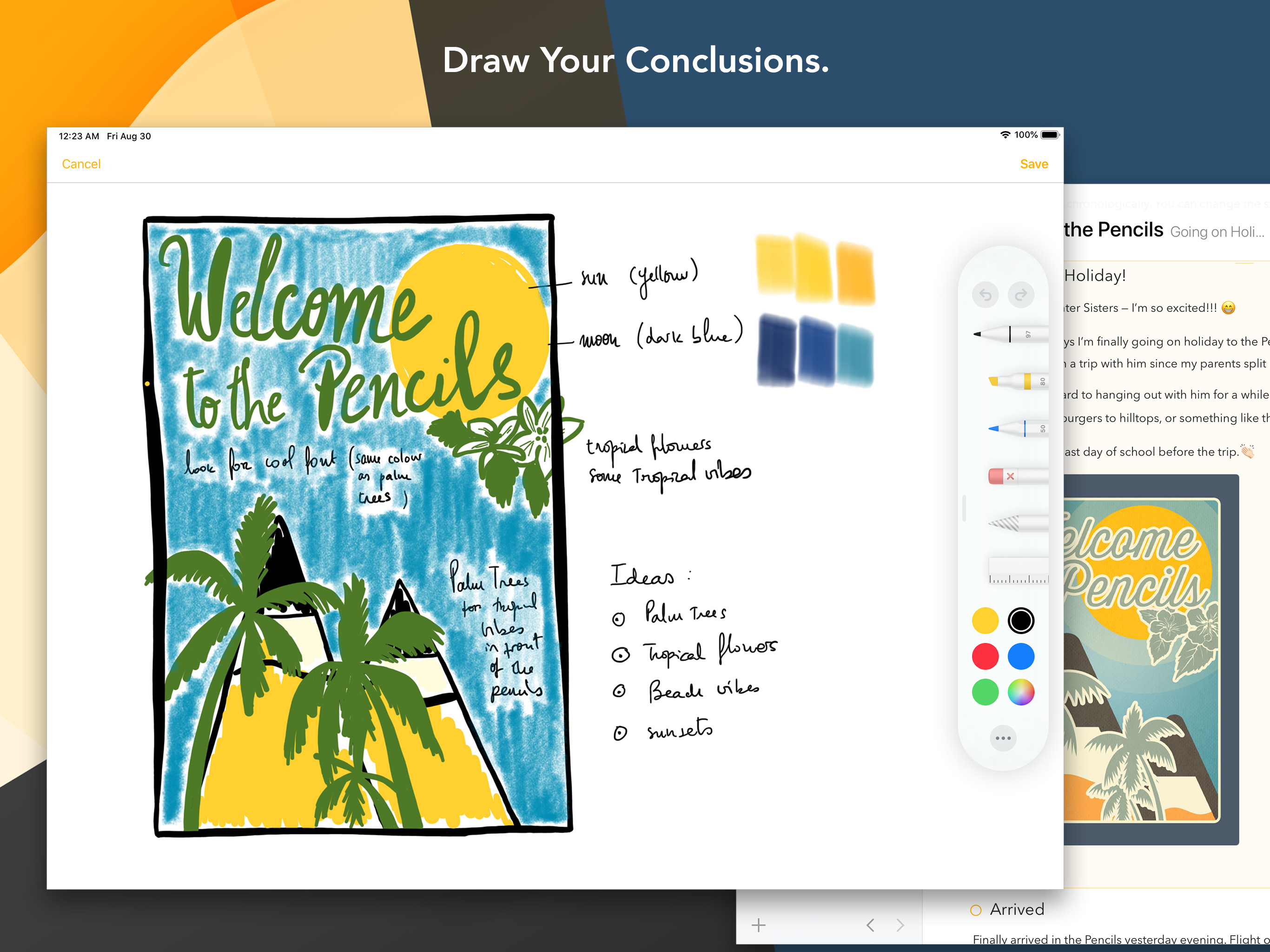 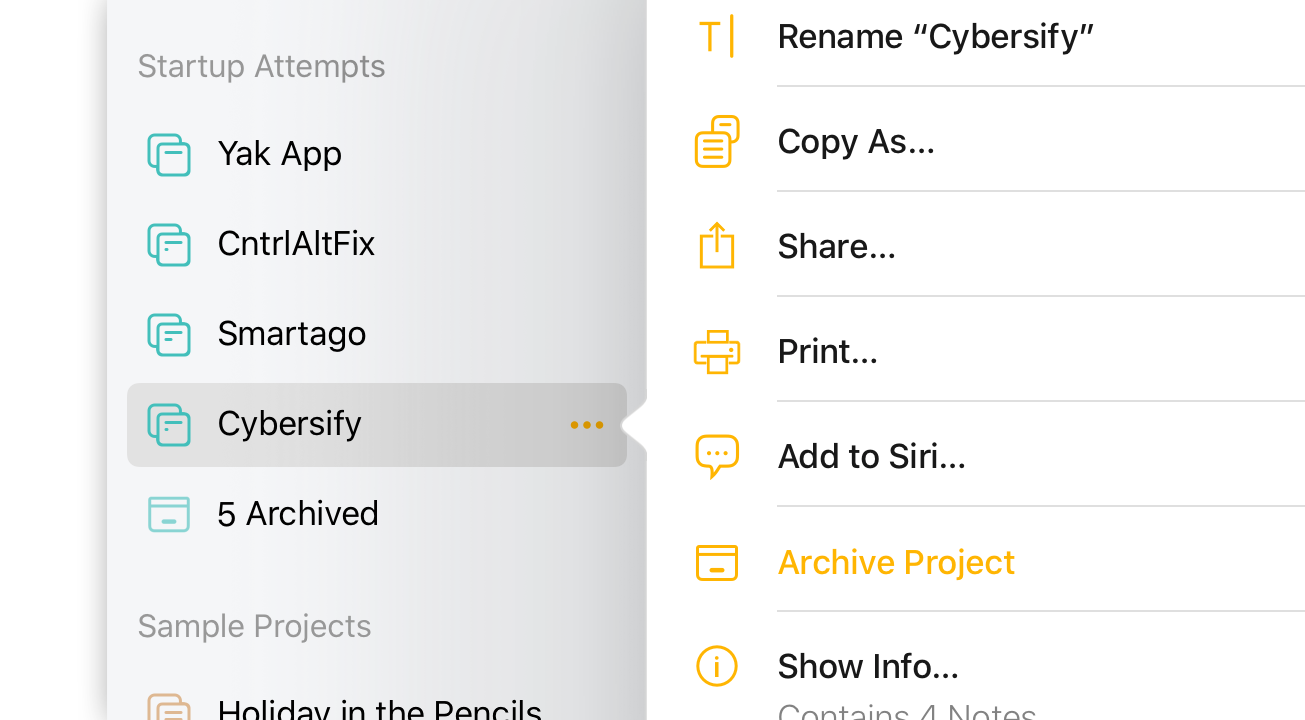 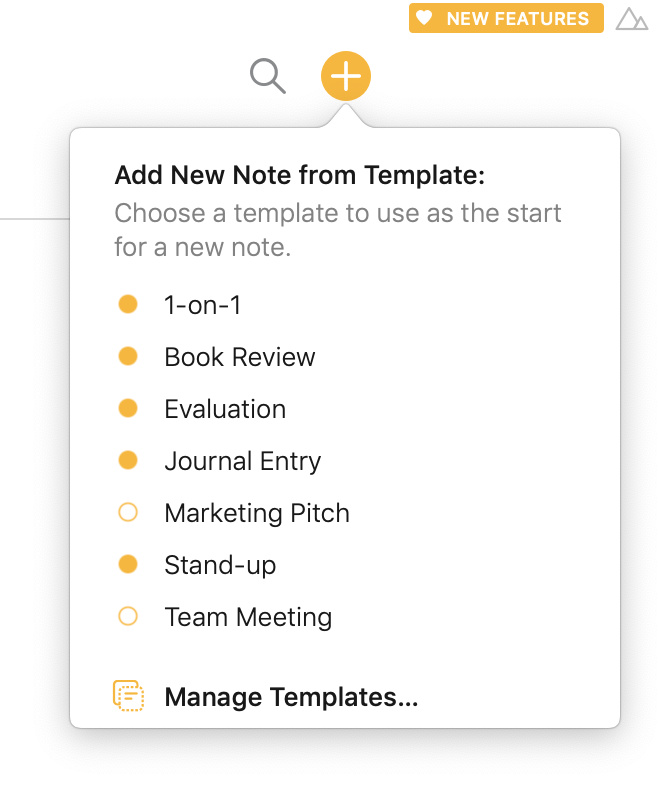 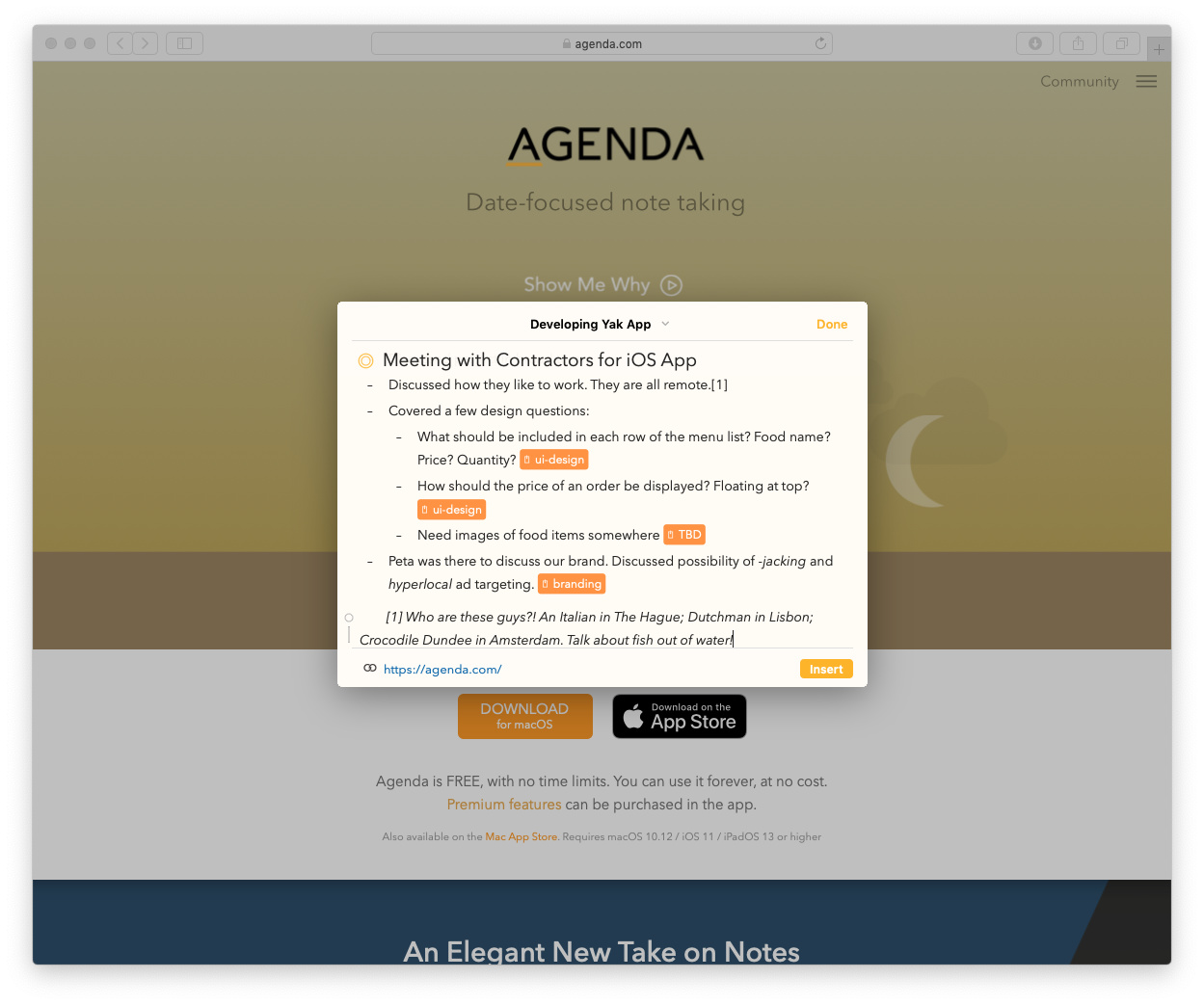 A post was split to a new topic: Image size reduction 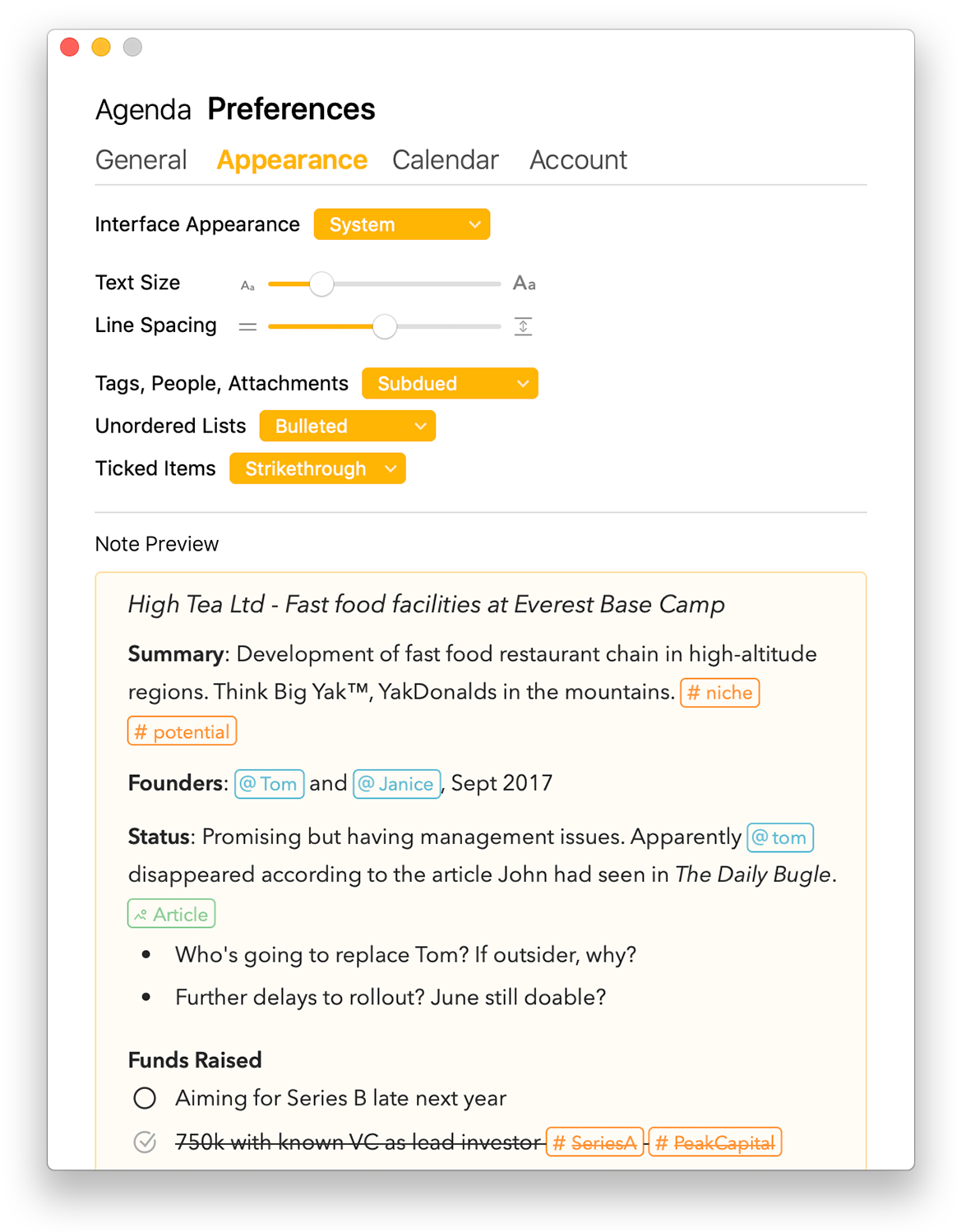 Change the appearance of your notes with more subdued tags, bulleted instead of dashed lists, or checked off list items that are either more accentuated by striking them through, or subdued by greying them out. 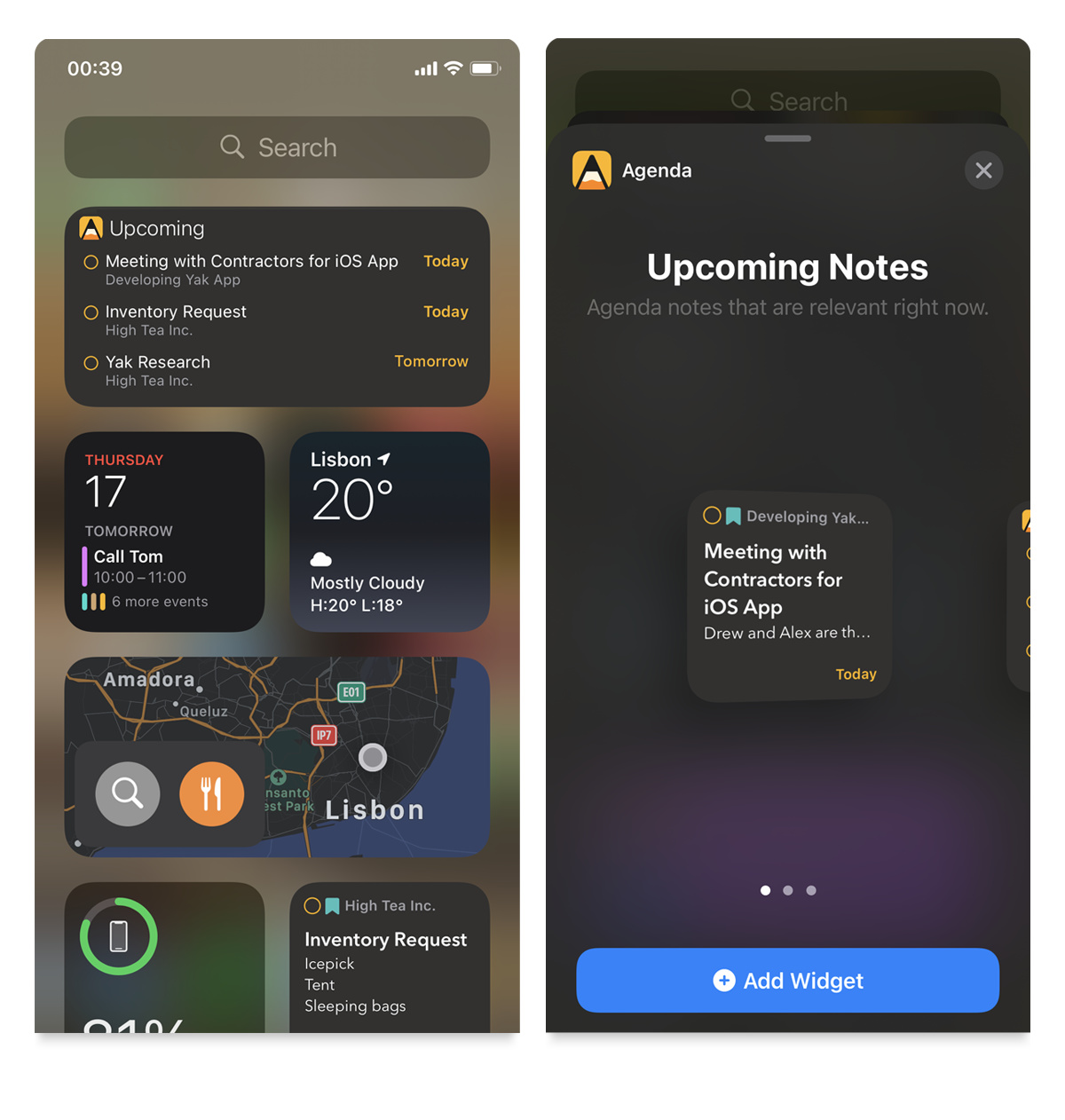 Widgets on iOS14 and macOS11 provide a quick glimpse of your most relevant notes right on the Home Screen, and they are all only one tap away. 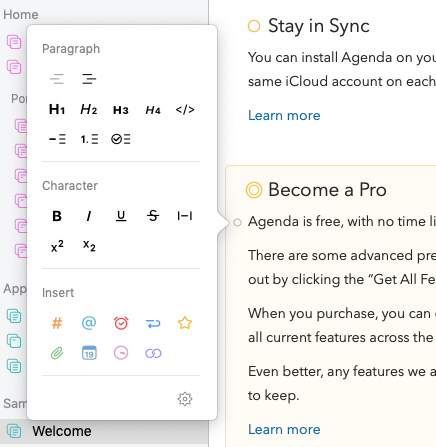 The gutter menu has been redesigned and works now on the selection, in line with how the keyboard bar works on iOS.

Handwrite your notes using the Apple Pencil and Scribble anywhere in the app where text is expected, and your handwriting will be converted automatically to typed text.