First of all, not a big fan of “專業” or “高級” as those two feels unreachable.

focus on the functions giving you more advanced capabilities

I am leading toward “進階” if we really need to translate it as it is easy to to understand and emphasis on the advanced capabilities.

Otherwise, I would like to leave it as “Premium 功能” . I do check other reference e.g. Spotify Premium, YouTube Premium and they actually leave it as English and I think most of the people would understand. Like the App name Agenda,I wanted to leave it untranslated to keep the original idea from the developer.

I have some idea about “add” based on the meaning in context.

There are some differences between zh_CN and zh_TW/HK.But not too much.

Suggest not to translate the formatting name such as Heading, Sub-Heading…
These style in current implementation is not work for Chinese characters.

Could you explain more on that?

Actually because of the italic font is not implemented in Chinese characters.
If we translated it to Chinese, it will be not that easy to determine the difference between each item. 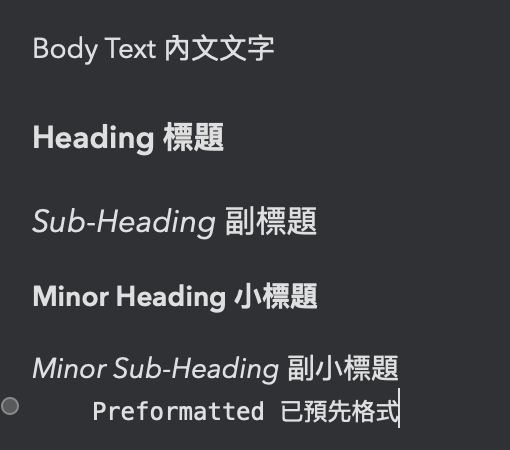 I see, the italic format has no effect on Chinese characters. Maybe we should consider this as a bug?

Maybe we can still translate the style? Because even if you can see the difference in English, it has nothing to do with Chinese.

Time to summon @mekentosj for your advice.

We indeed need to have a look what we’ll do here, for now let’s just assume we can differentiate the two and translate the styles, we’ll then decide whether to not show them as options or if there are alternatives.

Don’t really think you can exclude styles based on the chosen language. To begin with, it is perfectly acceptable for a Chinese user to write some roman text, and there the styles apply. So I don’t think removing styles is the answer.

Update: We have now moved the Simplified Chinese translation of Agenda to the OneSky platform.

Update: Hooray, the Traditional Chinese translation of Agenda is now available as part of Agenda version 10.0

. We’d invite everybody to give it a try and let us know if you find any aspects that can be improved, need to be corrected, or are giving issue. Join me in thanking all translators who worked so hard and with so much passion to add the Traditional Chinese translation of Agenda!

I’m soooo glad to see the Traditional Chinese version finally comes to reality!!! However, there’re some mistakes should be corrected instantly cuz they are on an important place–Preview pages on App Store.
BTW I would like to know what can I do to help improving the translation. (Using OneSky or…?)

Glad to hear that, @david_c and @marsping can you have a look and also point out, what exactly is wrong?

I have corrected the mistake in OneSky, there is a typo in the word 「大氣層」vs「大氣屠」, thanks @nicofan1226 for reporting the issue.

Thanks! We’ll update the screenshots in the next round.

I will spend some time in the sample document in the coming week. I think they needs more polishing but there were too many words. Hope I can catch up before the next release. 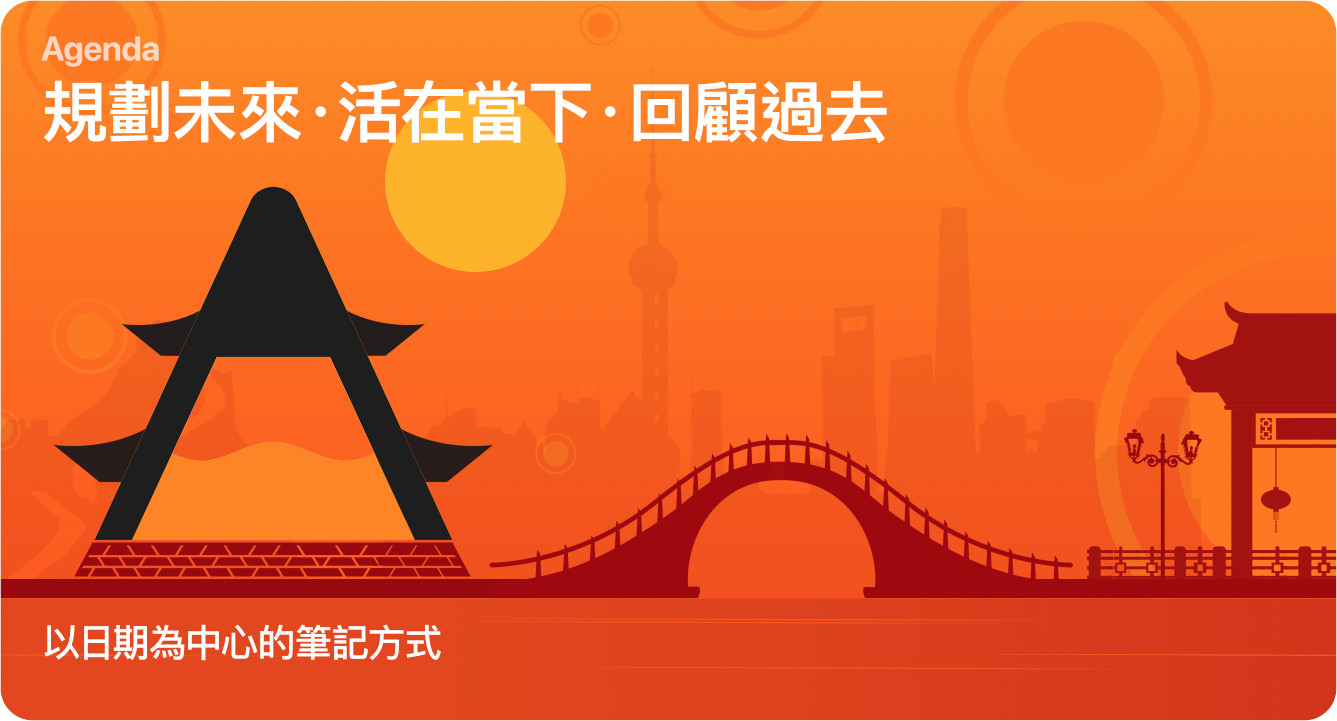 Yes, it will automatically do so if you have your system set to use Chinese as the first language.