What I did: nothing.

What happened: Agenda changed to dark theme with OS.

What I expected: I expected it to switch everything, not just the window color, but also fonts, etc.

Things that might be helpful to know (Agenda version, OS and model, etc): it’s a rather old bug, that I just happened to report.

Things works just fine if I restart Agenda in OS which is already in dark mode. It also switches just fine from the dark mode to the light mode - the bug only occurs when switches from light to the dark, following OS changes. 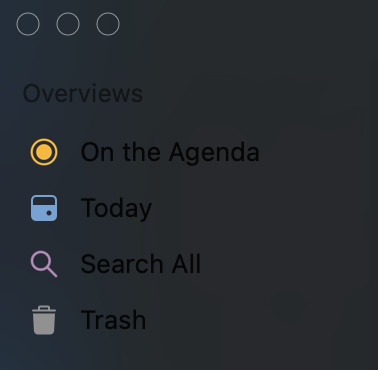 I thought we had made changes to fix this, what version does it say you are on in the Preferences → About?

It’s Version 14.1.1 (231) - Mac App Store, which feels like the latest one?
By the way, switching back from dark theme to a light one doesn’t work neither - font remains white.

That’s indeed the last one, we’ll release Agenda 15 this week, let me know if that still shows the problem as well.

It seems to be resolved, thank you!

Apologies, negative. Version 15 still has side menu with black fonts… 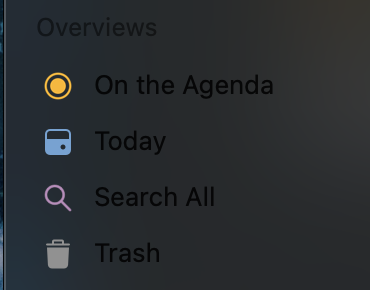 Thanks for confirming, we’ll take another look.

I still have troubles reproducing the issue, what os version are you on and what kind of Mac do you have? Is the app continuously running or does this happen right after waking the Mac from sleep? 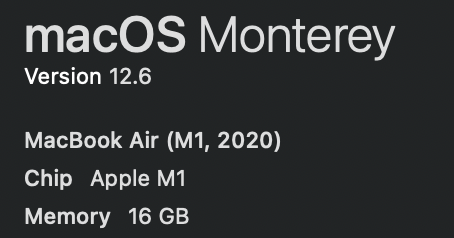 Very odd, I just let it go through a cycle yesterday and for me it switched fine, so there must be something else going on. Any window in Agenda or specific note or state you can think of that could trigger this?

No ideas… I have Agenda running most of the time and it just react on OS switching to the dark mode. For some reason it doesn’t switch it all…

I may run some debug version for you, if you like?

Ok, you’re saying it consistently doesn’t switch correctly for you at all, or does it only happen sometimes? I’ve added some debug statements in the upcoming Agenda 16 update, if you still see it happen after it’s out, let me know and we can look at the logs.

It’s pretty much consistent - I can’t recall a day when it doesn’t happen.

Thank you!
What’s an ETA for the release? So that I wouldn’t miss it

Funny thing that I just noticed - that’s how Agenda looks like in the morning (it’s running at the background all of the time for me) - when it switched to the light from the dark.

As my imagination, it’s like the text update initiates, but not updated or applied when light → dark switch happens; and it’s like when dark → light switch happens it applies the previous (dark setting in this case) and so the font become light.

Hope this would be of help! 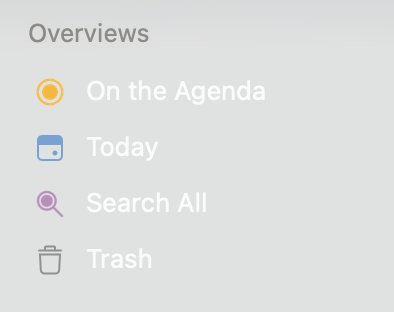 Hmm, the issue is indeed that the text doesn’t update while the background does, or the other way around, depending on the situation. Very annoying, it’s still something specific though to your machine or settings, as it does work on the same macOS version fine on this end. You don’t have any 3rd party software installed that could affect this?

You don’t have any 3rd party software installed that could affect this?

Nothing I can think of… I’m pretty much a vanilla MacOS user whenever possible.

Could it be some cache problem? May I remove something in ~/Library/ or somewhere else to try this scenario?

I found a root cause accidentally

To reproduce the issue switch to a scaled screen resolution, as per the attachment.

When switching back to the default screen resolution, the issue no longer re-appear (unless you made a silent quick bug fix over the night) 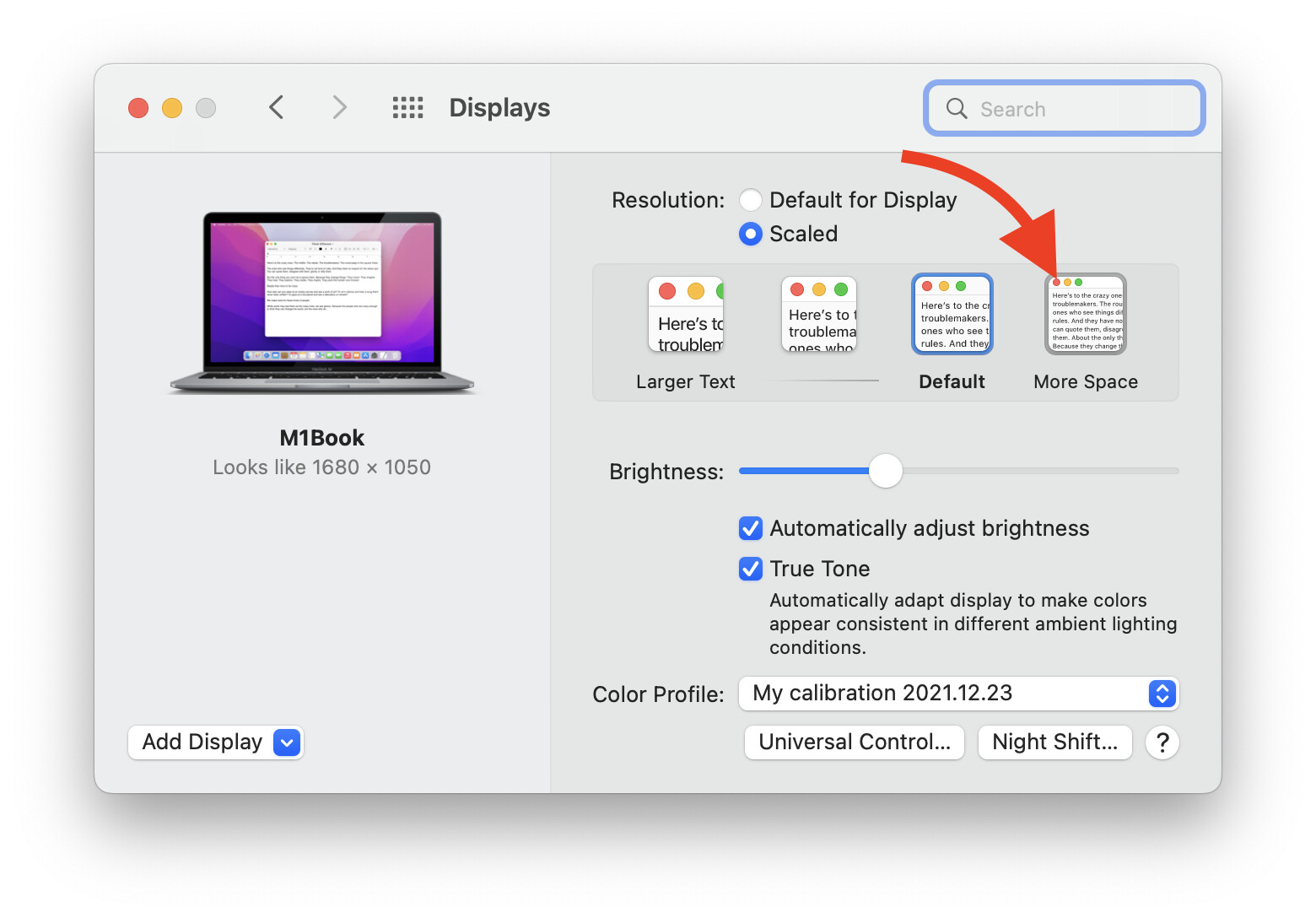 I would guess it’s a new release and I can provide some troubleshooting information over there, @mekentosj ? 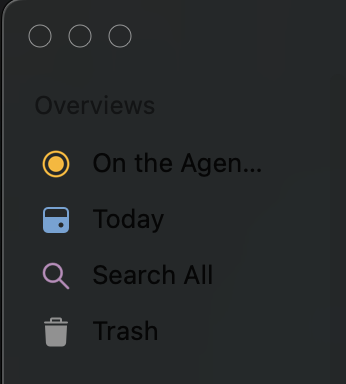 So you’re saying that in the end it probably wasn’t the scaling setting that made the difference?