I sometimes miss possibility to express that some task has been started, that it is „in process“ (to some degree). I know I could use percentage tags e.g. #25done #50done #75done, #started etc. or percentage-named nested checkmarks-todo but it has not the same simplicity and visual expressiveness as seeing the pie chart (percentage) of completion inside the checkmark circle symbol (not numbers – simply by colored percentage of pie). This approach is widely and successfully used in some other project apps and it could be very useful in Agenda / Premium (it can later even include the visual result of calculation of nested tasks completeness).

As for MacOS user interface:

What do you mean about this?

Yes. I’d love this too. The mind mapping app, iThoughts, allows this for example. Here’s a screenshot. 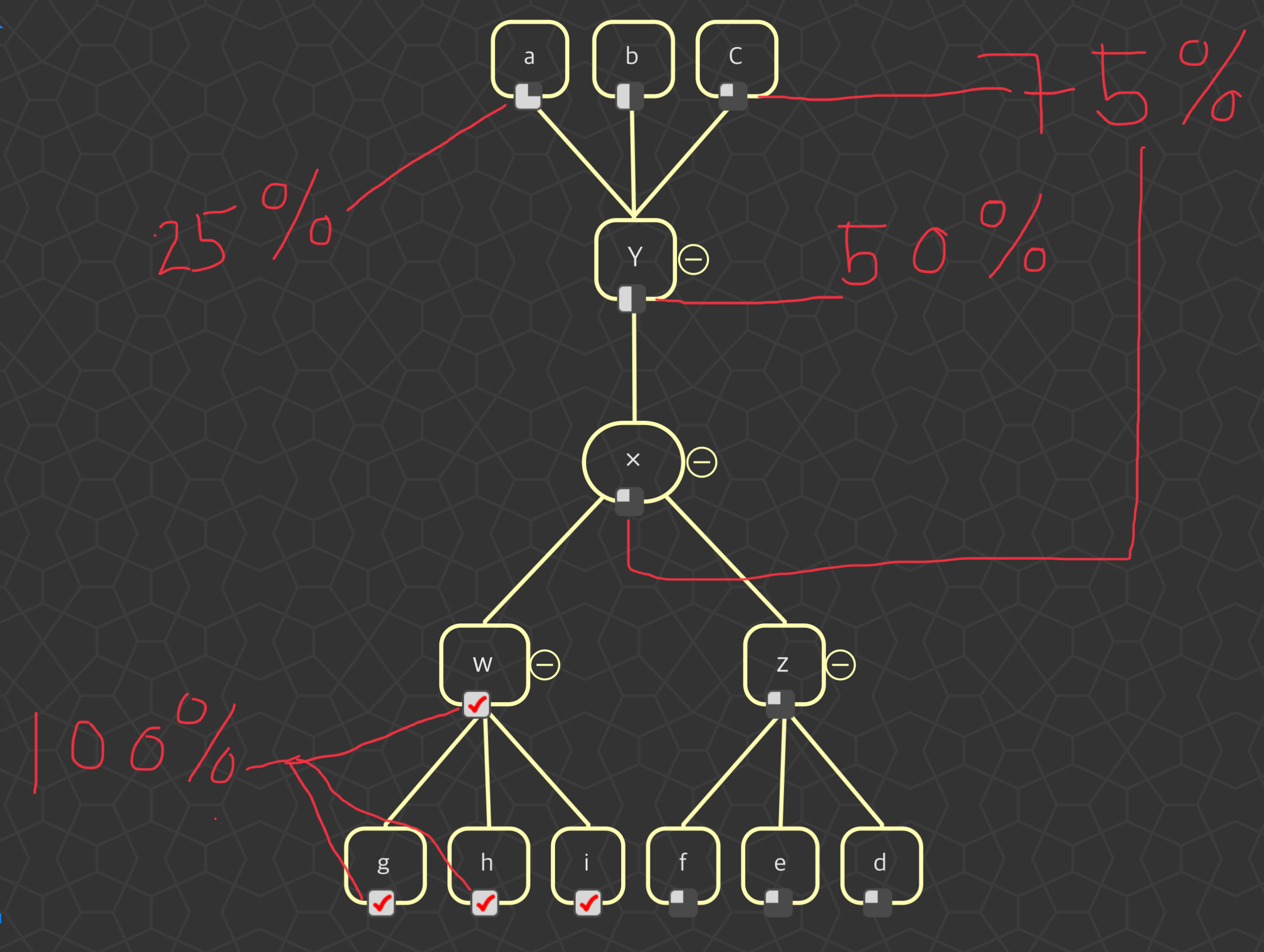 I use indented checklists:

Yes, good idea and “hack”, this is sometimes useful but it is bit clunky and not always about steps. I am a book publisher, editor, writer and I express status of my editing usually in pages (or: percent), not in steps. And there is a problem with the fact that such a list of lists becames more visually complicated when used frequently. (But yes, I can use plain percentage at the beginning of the line, but it is just not so elegant as mini pie chart).

I see where you are coming from but I don’t think a manual way to formally set progress doesn’t make much sense. I would suggest to use some of the proposals mentioned, i.e. checklists or tags like #progress(0.25), #progress(0.5) etc.

Tombarys, what you suggested is nice, but there’s a caveat. If todo icons can also become pie chart % completion icons, and we can search on completion too, via UI not tag, that’s absolutely fine and very useful and quicker than #progress…tags.

The risk is, when you give users this, then they might also want the next feature -> horizontal cant chart timeline -> then app becomes bloated and goes beyond what Agenda’s initial vision of Notes connected to time.

I started to use iThoughts too, the 2 apps are made for each other, but iThoughts UI is not as elegant. The one absolutely killer feature that no other mind map tool has, and the reason I bought iThoughts, is the ability to quickly expand/collapse only to the desired level, with just hitting 1 key, stella! if Agenda did this on the sub categories levels, I would think I died and went to heaven.