It would be very helpful if the line spacing of wrapped lines in code blocks was tighter than the spacing between paragraphs. There’s no visual cue that a line has been wrapped versus a new (intentional) line. (And of course, a new line started with the line-break character should still display with the tighter leading.)

The red arrows show what I’m talking about… and this is with the Line Spacing setting as low as it will go! (Code blocks can get long in both width and length; it would also be nice if they had separate character size and line spacing adjustments, or at least used a reduced line spacing by default): 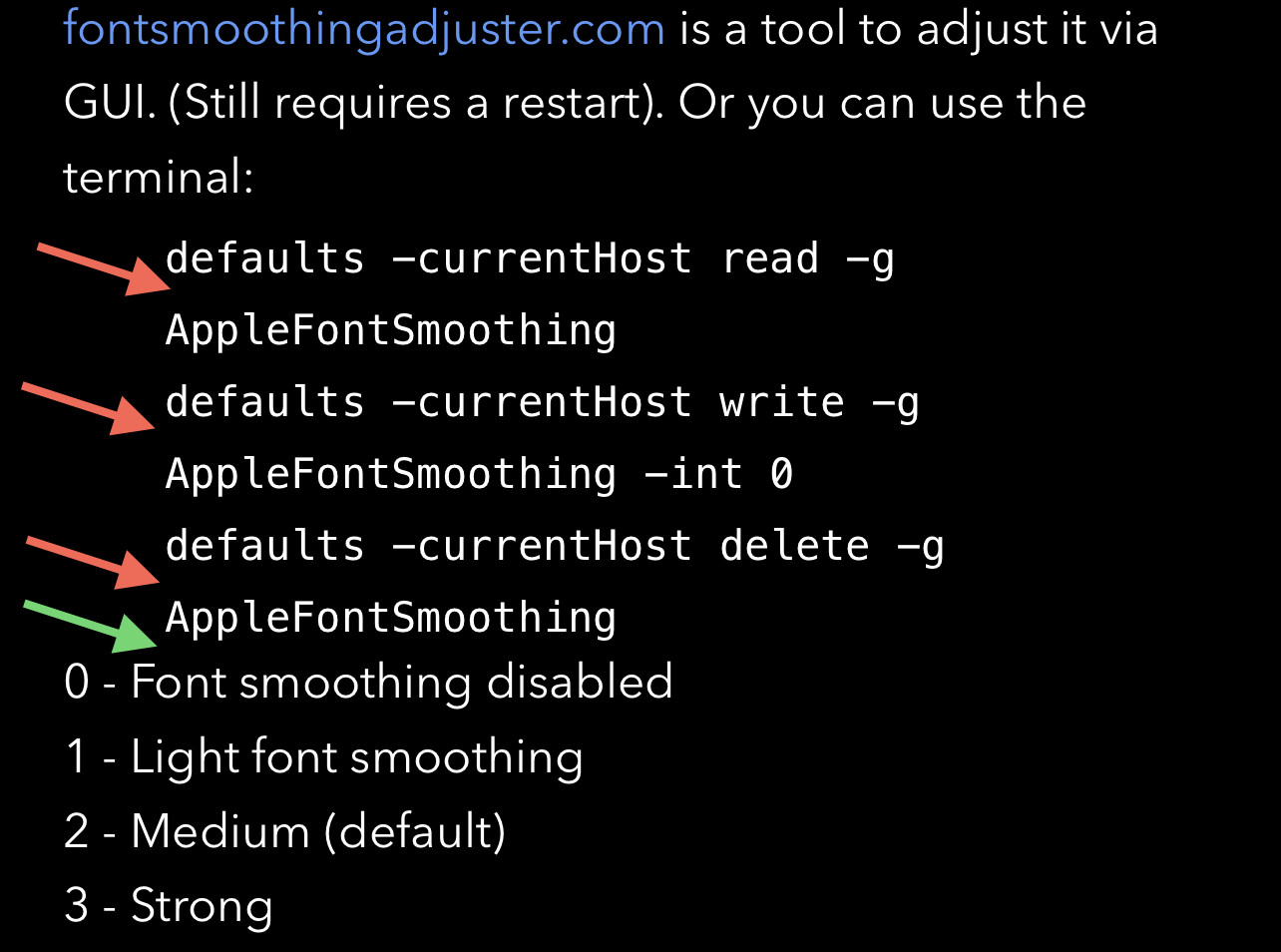 As for the green arrow, the spacing after a code block feels wrong; I think the leading here should be the same as before the code block.

Thanks for considering these suggestions! I take a lot of “technical” notes that have commands (and output from those commands) so having featureful code blocks is important to me.

Thanks for the comments, we’ll take them on board for when we introduce true code block support.