What happened: I have the appearance set to “system” and I have found something that has happened at least 3 times on the iPhone and on the iPad too I think.

Note: only the left field has this issue. The right one with the dates and calendar doesn’t seem to have it.

What I expected: it to be in dark mode

Things that might be helpful to know (Agenda version, OS and model, etc): iPhone 8 Plus on recently released iOS 15. 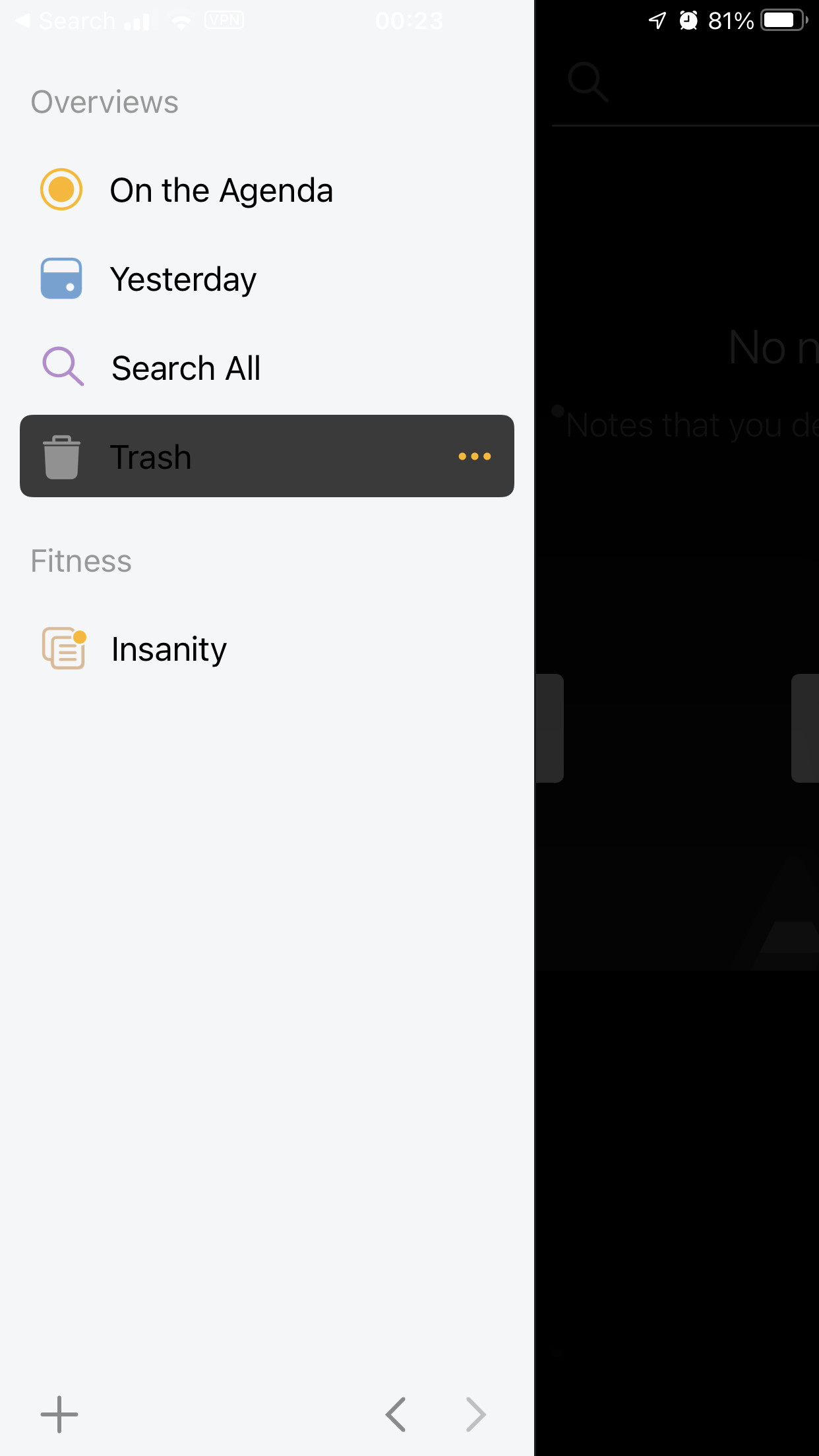 I took a screenshot from my iPhone to show the issue. Here with the white background that “covers” the hours and network icons from the phone. 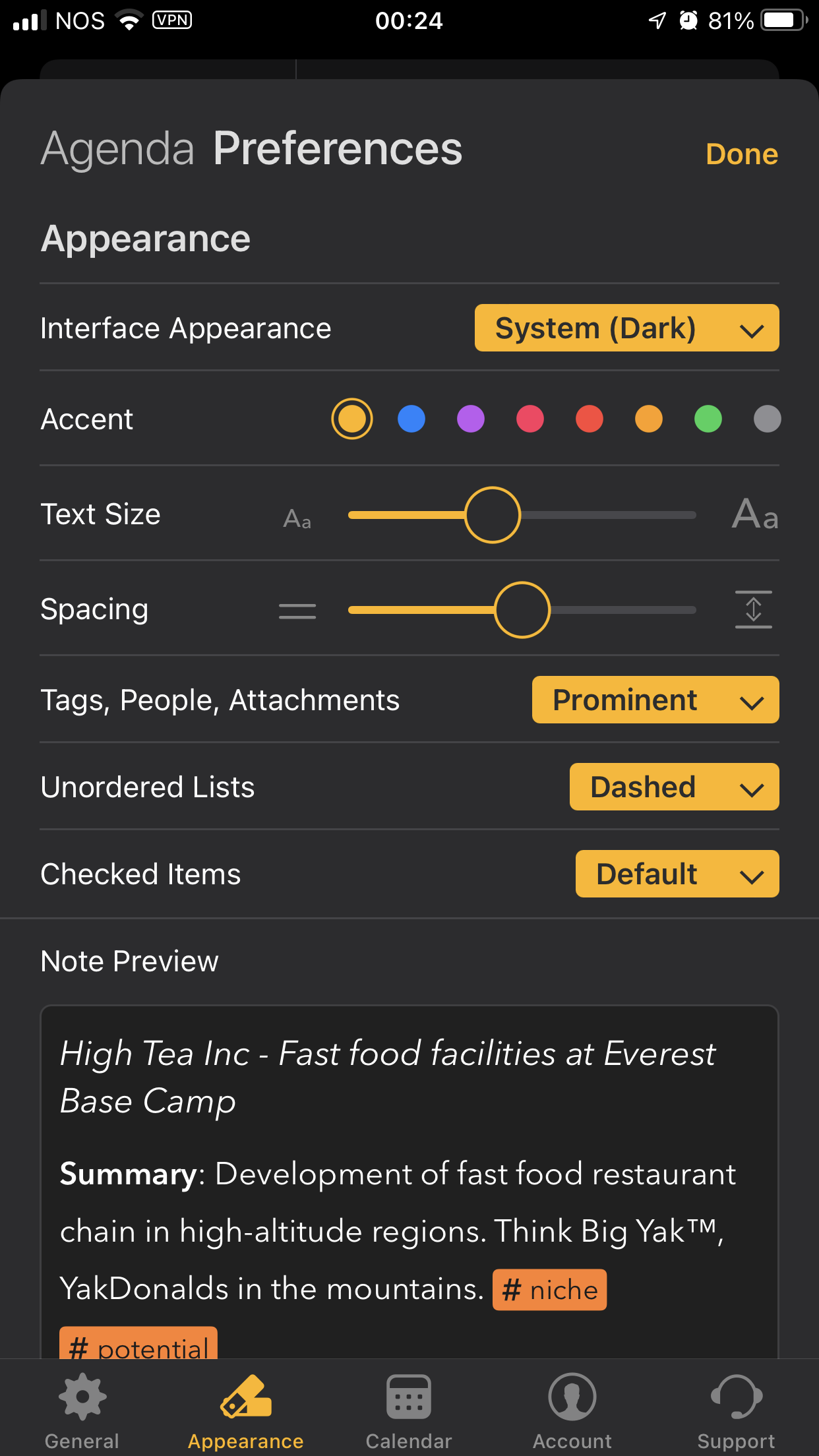 As you can see I have the settings set to system (which automatically uses light and dark mode). 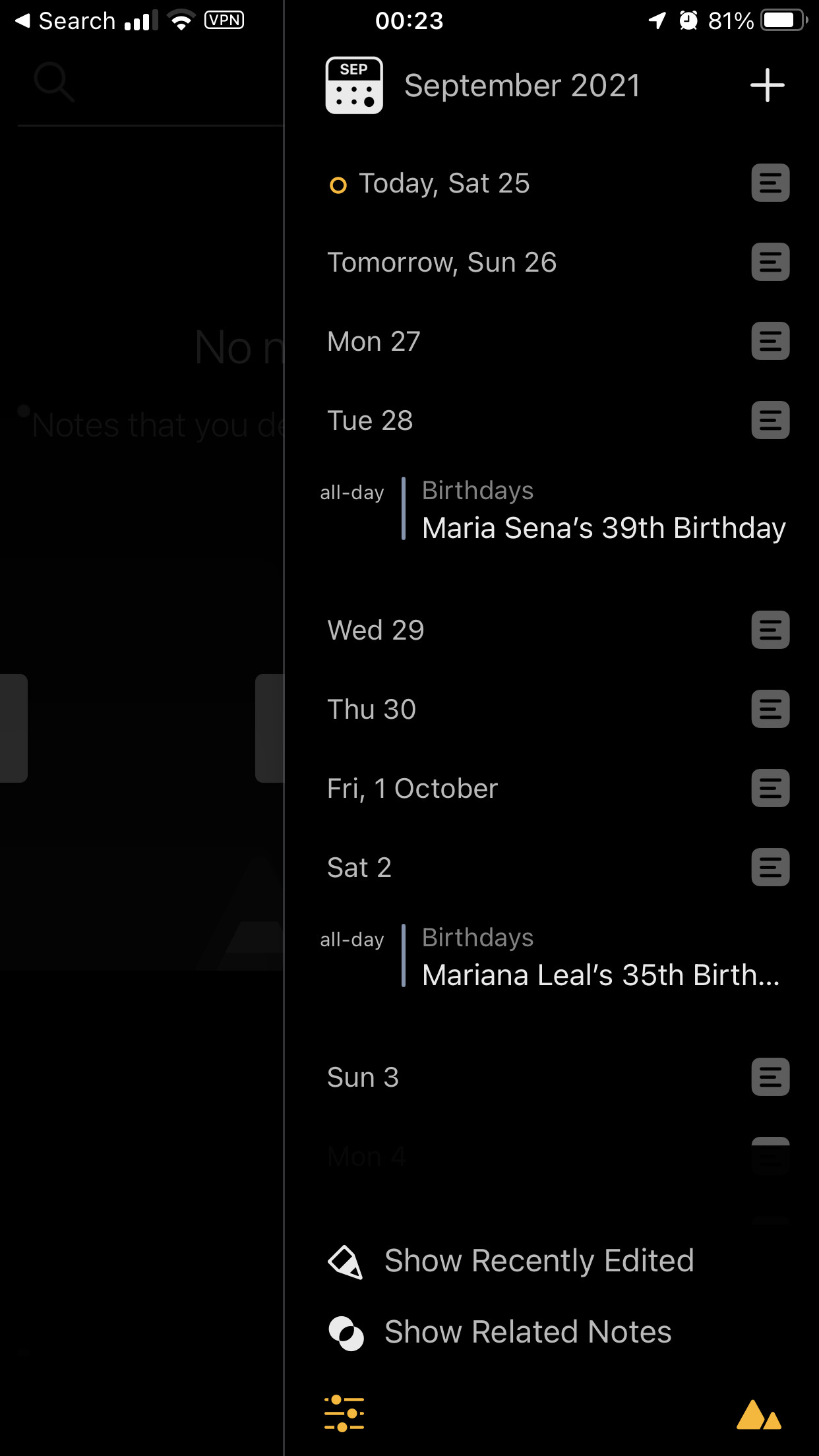 On the right field I haven’t noticed any changes in color though. 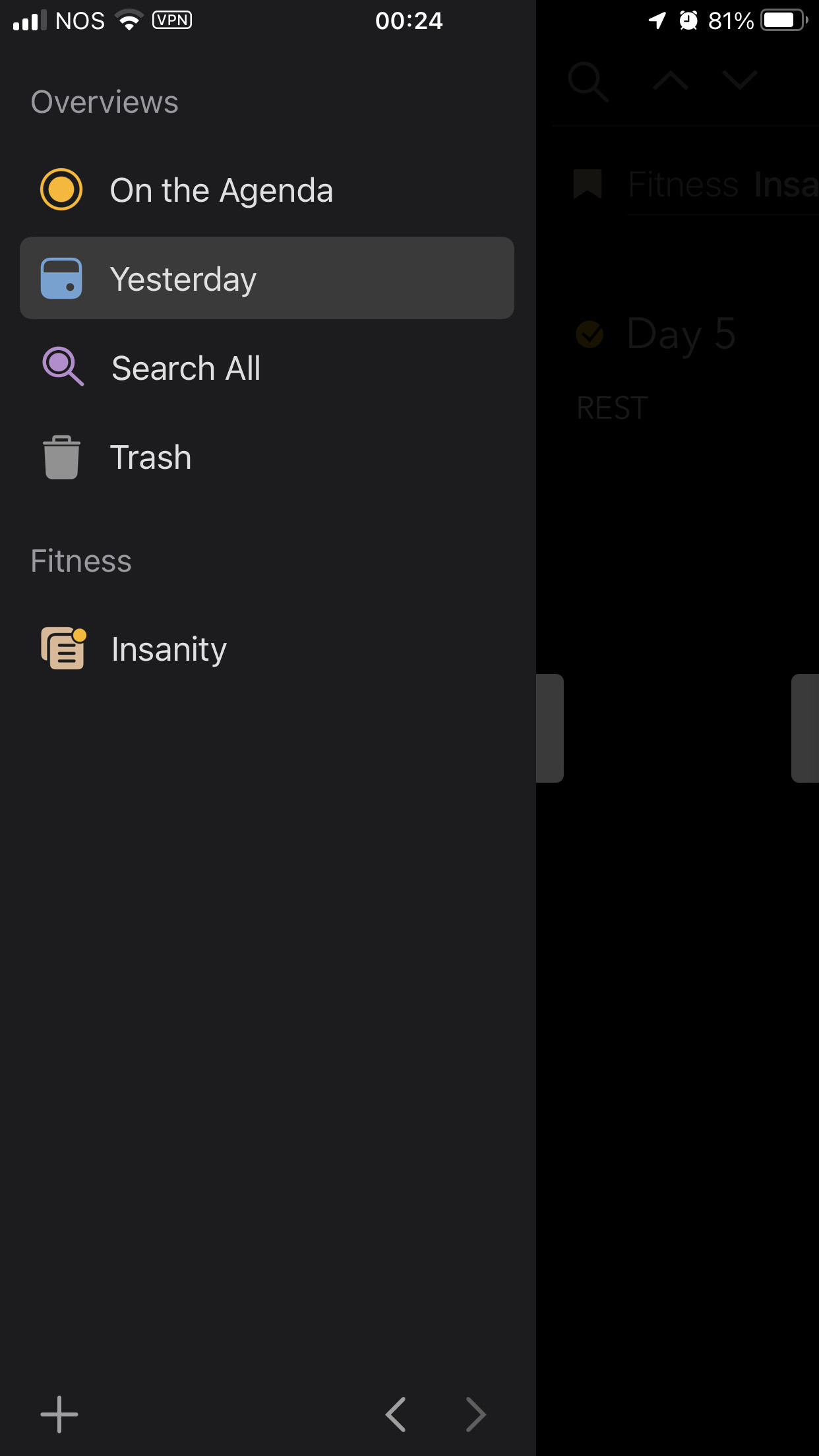 And this is the screenshot after I closed and reopened the app. This is the way it should look like.

Thanks for reporting this in so much detail, that’s super helpful. We had a similar report the other day and will dive into it!