Action will not take place where the cursor is set

In both MacOS and iPadOS versions I repeatedly encounter wrong cursor positions. I set the cursor to a new position with mouse/finger/cursor keys and it is clearly blinking there. I type/delete/style the text, and this action is performed on another position / the old position where the cursor was before. When selecting text, this is even more strange, deleting the highlighted/selected text will cause other parts of the text to be deleted…
This happens very often and is a very nasty behaviour, In every 3rd or 4th time, I am not sure what is going to happen and it seems to me, that the behaviour is getting worse. Starting about 1-2 months ago, I can’t recall.
I have more and more notes, but it happens in short and long notes, whatever kind of formatting I use. Because it happens on both platforms in whatever notes in whatever situations, this is a bug that should be easy to fix. Please fix, because this is getting irritating. Thanks for helping.
on Mac V9.3, on iPad V9.3

We’re sorry to hear that, we have released version 9.3.1 yesterday that potentially fixes these issues, can you verify whether or not this is the case?

I am sorry to reply, that the problem still occurs. It now happend to run into the same problem on my Mac (it happens in both apps, mac and iPad)

Sometimes, placing the cursor and starting to write the text there, will result in the text to appear on another place, mostly above the place where the cursor was placed. The cursor will be blinking at the desired place, right until typing starts, the typing will occur however on a different place. Mostly, this happens at starting typing, so all text is placed on the wrong position. Now this time, misplacement of the cursor happend while typing, giving me the chance to show you actually what happend…:

momentan 12 Cases, letzten (including the space between letzten and Monat ) is inserted on the place where is should be. Continuing typing Monat

Monat is inserted some lines above. The cursor jumped from the place I was writing to the beginning of the line “Zuerst heraus…” and the rest of the typed text was inserted here. Taking the screenshot, I left the cursor where it was, behind the word Monat 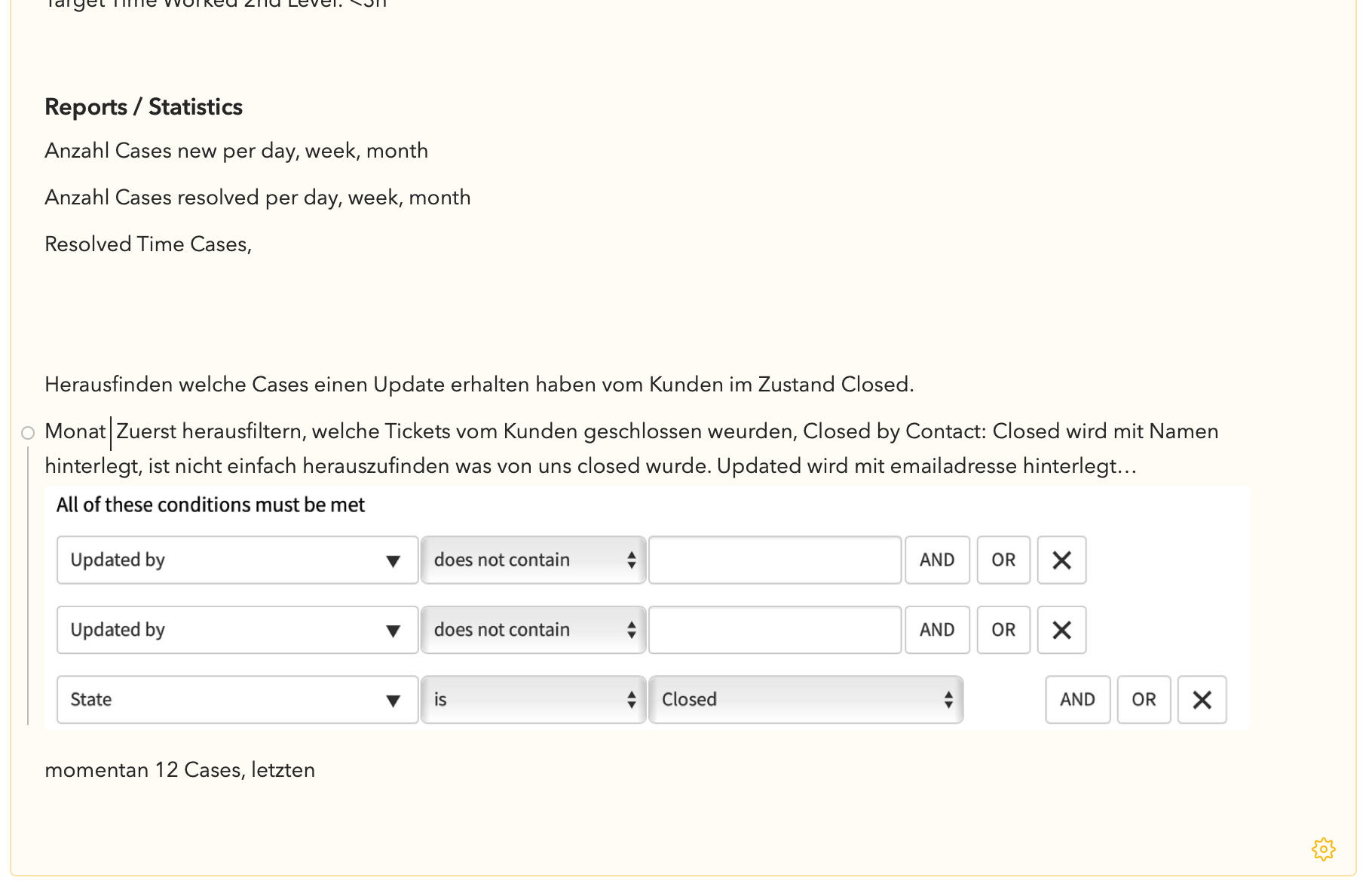 We are indeed aware that this is still an issue, and indeed it happens upon the first time typing it seems, but then again not always and it is hard to reproduce. In the upcoming v10 update we have made quite a few changes that hopefully address the issue, please let us know if you still see it after that one is out.

Look forward to v10. Been a while without new Premier features.

I’ve been experiencing this issue daily for the last several months. I am really hoping that the next update is soon and fixes this issue.

I’ve been using Agenda for over a year and really like the product, but this issue is impacting both flow and accuracy of note taking. This is the most critical defect I’ve experienced to date. Please prioritize this work. Thanks!

We believe version 10 should behave better, please let us know if you still see it and under which conditions once you are running the version 10 update.

I will add my two cents in here as well with one particular case that gives me problems and I believe this it related:

I need to go to the end of the note and hit enter to make a new line, then I can go to the first line and cut it.

This is quite frustrating as you can imagine.

So it does this every time, or you saw it once? I would be very interested to hear if this still happens in version 10.0, which is coming soon. I can’t get it to happen (at least in version 10.0).

It happens all the time with a particular set of weekly notes I create.

I will report back when 10 is released

For me, this happens every 4-5th time I enter Agenda to take notes, not every time, but I didn’t figure out yet, what causes it. I guess the point where the cursor will jump is timed somewhere, sometimes it starts typing somewhere else, sometimes this happens while typing, depends on how fast I am.
I am looking forward to getting V10, but I know, that new Versions with lots of changes can (not must) bring other issues. But I trust you will manage this issue. I will report if I find anything closer to the cause.

Hi. Ive been using V10 now for quite a while, both on mac and iPad, and I can report improvement. I had som situations, where the writing didn’t occur where I thought the cursor was set, but it happened very few times and I am not totally sure what excactly happened. I will keep an eye on it and report again. For now, I feel relief because of the improvement.

Great to hear that. Indeed in rare occasions I have still seen the cursor jump happen, we’re still trying to hunt those cases down, so if you see a pattern when this happens, please do let us know. In general though, it should now be very rare.